Explorations of collateral damage are not new material for giant robot stories; the most striking examples that come immediately to mind are good sections of Invincible Superman Zambot 3, the first fight in Mobile Suit Gundam that sees Amuro accidentally destroy a section of colony, and Gundam F91’s brutal, scrappy opening battle in a city as people flee the action. But there are other examples – SDF Macross with its Zentradi invasion of the island and even the continued effects of transforming the ship on the people within, or even Space Battleship Yamato’s very first use of the Wave Motion Gun. It is difficult to decouple super robots from superweapon stories and giant monster fighting from indiscriminate warfare.

END_OF_DOCUMENT_TOKEN_TO_BE_REPLACED 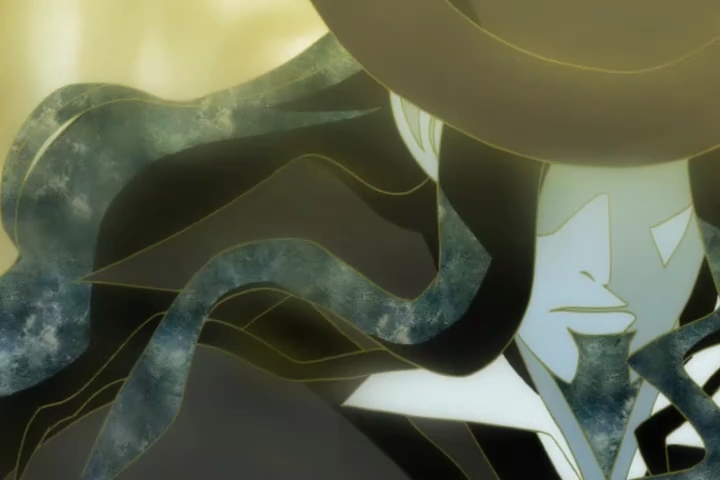 A lot of recommendations of Gankutsuou play up, and at the same time try to excuse, its oddities; it is a strange-looking adaptation of Dumas’ The Count of Monte Cristo that starts partway in and focuses on a side-character and is in the future, as if these are things that need excusing or offering as some kind of caveat. There is a preoccupation on the fact it is a slightly non-standard adaptation of a classic novel which I think does the series as a disservice, because whether or not one cares particularly for Dumas Gankutsuou is a very solid piece of television. And, indeed, once one gets past the aesthetics, it is not a particularly non-standard adaptation at all and one that abridges ably to tell a focused, thrilling story.

END_OF_DOCUMENT_TOKEN_TO_BE_REPLACED

The Grey Cliff chapters of Garden of Eden were where things kicked off in all directions, where I tried to capture the excitement of meeting people, of finding new things, of everything that could happen.

For the characters it isn’t necessarily a new experience, but I wanted it to feel like even so, there were surprises.

END_OF_DOCUMENT_TOKEN_TO_BE_REPLACED

One fine day, after he had joined a fighter squadron, it would dawn on the young pilot exactly how the losers in the great fraternal competition were now being left behind. Which is to say, not by instructors or other superiors or by failures at prescribed levels of competence, but by death. – Tom Wolfe, The Right Stuff (1979)

Episode 3 of Macross Delta is indebted visually and thematically to my personal favourite of all Macross productions, Macross Plus. It remains, however, a somewhat weak episode for this. It cleaves closely to its inspirations in a way which simply does not fit what has been built up in the previous episodes. While the allusions to Macrosses II and 7 and Frontier have been equally evident, there has been a thematic framework – the marrying of soft and hard power, the militarisation of the non-military, etcetera, to ground this. It has built up Hayate and Freyja as outsiders inducted into what Tom Wolfe calls in his book The Right Stuff, which is in part about the business of fighter-piloting, “the ziggurat pyramid of flying”, unready but determined. An episode about Hayate’s training should have him, by this metric, the person working their way up. It does this, in a fashion, but undermines it in how else it depicts Hayate and for this to make sense one must understand Macross Plus.

END_OF_DOCUMENT_TOKEN_TO_BE_REPLACED

Having finished it today, these are my final thoughts on Yoshiki Tanaka’s The Legend of the Galactic Heroes (Part 1). This is not a particularly formal review.

END_OF_DOCUMENT_TOKEN_TO_BE_REPLACED

In my previous article, concerning the genre of what is ultimately pulp, soapish historical fiction, I discussed the idea that it is impossible for a work dealing with an elite and a dispossessed to be be apolitical. By extension, a work which downplays or mocks the downfall of an elite for comic value – by presenting socialists or reformists as figures of fun and inconveniences – can not unreasonably be read as sympathetic to that elite. Downton Abbey, the aristocratic soap popular on British television of late, is a good example; modernity, and a world where the landed gentry are no longer so comfortable, is presented as something annoying and the humour is drawn from how the most posh members of the society are inconvenienced by it.

END_OF_DOCUMENT_TOKEN_TO_BE_REPLACED

Although my initial impressions of The Heroic Legend of Arslan were highly positive, enthusiastically pointing to its depiction of the crises of confidence facing an exiled heir to the throne learning the injustices the house he represents has placed its people under, this enthusiasm has waned as the series has settled into its stride. Quite why was initially hard to describe; knowing that Arslan was from the same writer as the superlative Legend of the Galactic Heroes made initial criticisms about the style, narrative voice or aesthetics seem like they were based on placing this new, unrelated series in the shadow of something known to be a standout classic of its genre. Galactic Heroes is a 110 episode minimum OVA from some decades ago, meaning it was made under a very different release pattern and era of animation to a modern-day weekly broadcast television series. Making direct comparisons between things in fundamentally different media in this way is a common misconception among writing about anime, particularly in aesthetic terms; as a result, it took some time to settle into accepting Arslan for what it is, and then in turn discussing what works and does not work within that medium.

END_OF_DOCUMENT_TOKEN_TO_BE_REPLACED 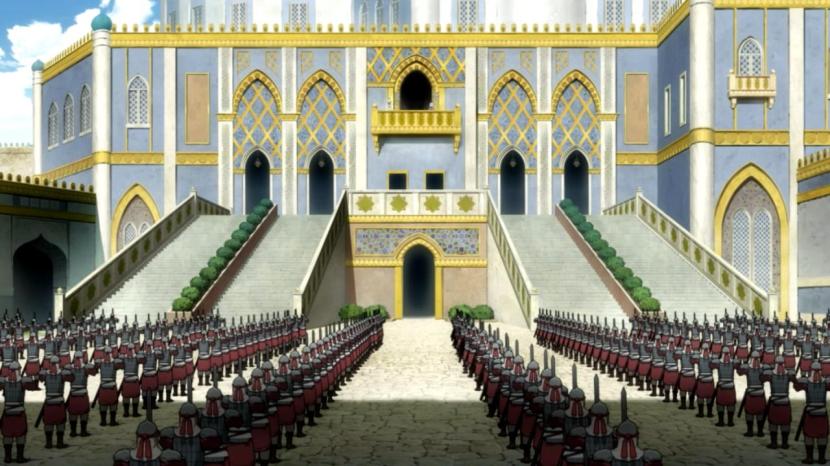 Although The Legend of the Galactic Heroes is an anime I greatly enjoy, its immense scope (110 episodes, detailing the rise and fall of immense superpowers through the lens of two men who emerge as their figureheads) makes it a challenging prospect to write about. It is not just epic in terms of its plot – epic in the sense of scale, with planets and star systems changing hands and yet also in the sense of character, talking about the rise of charismatic leaders of men with ambitions to bring down political entities centuries old – but in terms of ambition as a piece of fiction. It presents two entire ideologies embodied by its warring factions, in a sense – monarchy (and a quasi-respectable monarchy under an “enlightened” ruler at that) versus democracy (a corrupt, self-serving democracy that is no more enlightened than the monarchy it fights againt) with capital – the private sector and corporate interests represented by Phezzan – and religion, via both the spirituality of the Empire and the mysterious, destabilising Earth Cult – as third-parties who play both sides. This scale makes discussion of the series as a whole less fruitful than character studies or discussion of individual plot arcs – but these are still articles I have trouble beginning to write. More accessible is the creator of The Legend‘s, Yoshiki Tanaka’s, more recently adapted work, The Heroic Legend of Arslan. Currently two episodes into its 2015 adaptation, Arslan presents the same thematic intent as Galactic Heroes but within a different context.

END_OF_DOCUMENT_TOKEN_TO_BE_REPLACED

Reading Stella Gibbons’ novel “Conference at Cold Comfort Farm” from a position of ignorance of her previous work divorces it from its position in a series – preventing comparison or thematic contrast with “Cold Comfort Farm” or discussion of continuity – and considers it as a discrete text. This gives the novel’s own themes room to speak for themselves, and any continuity consideration must be implied. Taken on its own in this way, the novel is a critical depiction of modernity that does not hesitate to condemn both the artistic world and those who ignorantly criticise modern art. It is superficially an anti-intellectual novel parodying pretentious intellectuals, and similarly a criticism of anti-intellectualism. Comprised as it is of a series of lampoons of modernist and postmodernist political, philosophical and cultural thought, Gibbons’ deftness of wit disorients the reader and invites scepticism.