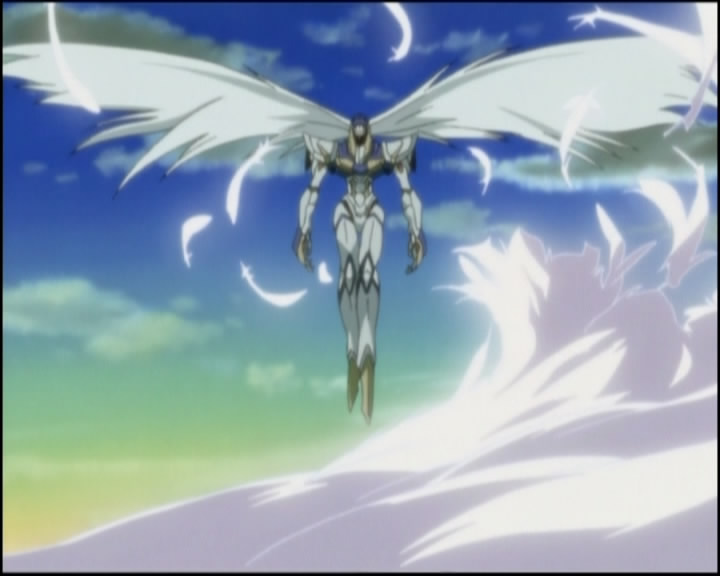 In the previous article in this series I focused on one of the two main features of what I called the “underdog-robot” subgenre of super-robot anime – the technological disparity between mankind and its enemies. The genre is based on the subversion of the traditional inherently superior hero archtype – while traditionally in the superhero or super-robot genre, the protagonist is at least able to fight on an even technological or power footing with the enemies (setting them ahead of the “ordinary” characters who cannot), a series like the previously-mentioned Evangelion takes a different approach. In it, the “best” that can be put forward is generally shown to be inadequate in some way, or unpredictably effective. While in a series like Fafner this balance of power is skewed too far against the heroes to make their continued success and survival seem likely, when done well it forms the core of a genre based around innovative action and a different kind of dramatic tension to the norm.