Episode 2 of Macross Delta built on some of the ideas in episode 1 in a way that somewhat allayed my potential concerns about the direction of the series; I initially was worried that its depiction of a take on the Macross formula based on cultural industries being intertwined with military force would go unchallenged, or otherwise not be shown as fundamentally different to the series’ core conflict. In a comment on my previous article, Macross fan @ghostlightning pointed out I neglected to mention one of Delta’s strongest franchise homages – the Jamming Birds from Macross 7, an idol group created by and funded by the military to imitate the successful use of music by the resolutely anti-establishment rock band Fire Bomber. At the time of writing I had not thought of a good way of tying this into the article I wrote but now I see that there is an undeniable point of comparison.

END_OF_DOCUMENT_TOKEN_TO_BE_REPLACED 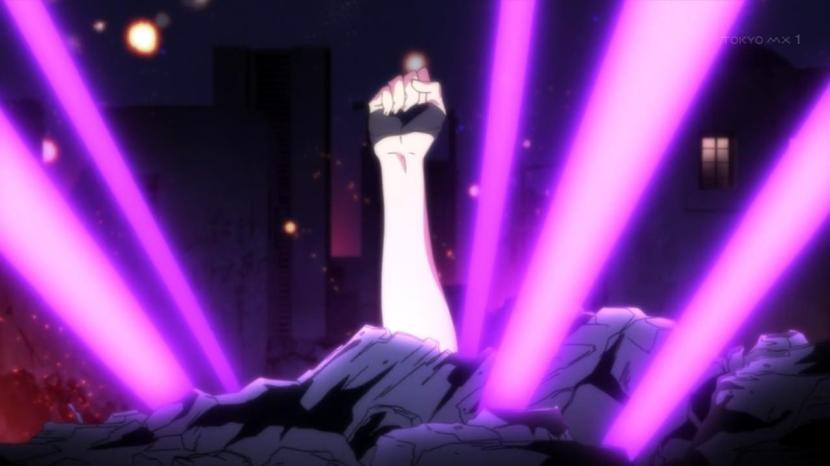 Among the most interesting, and at the same time the most if not concerning but question-raising, aspects of the Macross franchise is the interplay between “culture” and war. In the original Super Dimension Fortress Macross “culture” was exactly that; artistic endeavour, leisure activity and consumer goods as pillars of cultural power exported to a warrior race (who one could read as savages should one wish, possessed only of the urge to conquer and destroy until a “civilised” species tames them) in order to uplift them. This is one of the things the TV series does significantly better than Do You Remember Love, the very good film retelling of the story; in Do You Remember Love, it is music – an alien song found in the ruins of a precursor race’s city – which divides the invading armies and allows mankind to decapitate their fleet and save the world. In SDF Macross it is a slower, less clear-cut process; the alien Zentradi are won over to mankind’s side in part through music but also through the simple experience of living a “human” life. Even after this the process of integration is gradual and fraught with resistance; while SDF Macross is flawed in its storytelling it raises a number of interesting questions and handles a large topic in a relatable way.

END_OF_DOCUMENT_TOKEN_TO_BE_REPLACED

This article was written for the Reverse Thieves Anime Secret Santa project.

Your Lie in April opens in a way that suggests it will be a very unremarkable handling of well-worn themes in fiction about musicians; the iconoclastic performer whose playing style disgusts the Establishment and enthrals audiences, the retiring prodigy who has lost their confidence, etcetera. This is not to its detriment; it may not shake the boat in how it tells its story but it nevertheless, in episode 2’s scene of Kao playing her recital piece in a violin competition, depicts in a relatable way the thrill of hearing familiar music in unfamiliar settings. The “different” classical musician, the one who makes a stuffy musical canon fresh and new again, is a real-world phenomenon primarily of hype and PR; artists like Charlotte Church, Vanessa Mae et al come and go, each bringing their own easily hypeable angle to a musical genre that the media wishes to claim irrelevant.

END_OF_DOCUMENT_TOKEN_TO_BE_REPLACED 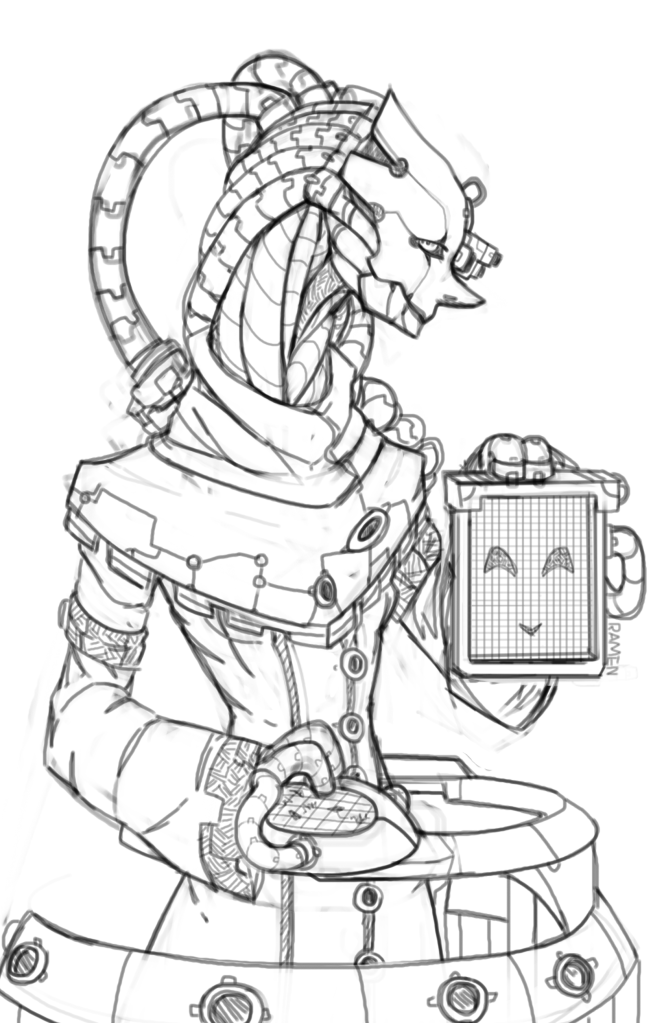 There’s a lot of backstory to this that perhaps the title doesn’t communicate in its efforts to be satirical. This isn’t purely a satirical story, fixed in its aims at deflating some specific wrongheaded viewpoint, although as I wrote it I realised it could definitely be read as one. In fact I quite like that reading of it, because as someone who cares quite a bit about literary criticism I hate the idea that one can have a useful piece of “objective” writing about art. Even if one takes the author to be very much not dead, communicating authorial intent is – like communicating any information – going to be shaped by the writer’s subconscious biases.

That was a reading I realised I was subconsciously writing into this story, but when I set out to write it my thought process began with two things. Firstly writing an artificial intelligence’s voice that was not merely emotionless, but trying to communicate the thought process of something with a completely different set of values. A great inspiration here was Ann Leckie, who does this very well in her novels and is highly recommended. The second thing was trying to communicate the emotional response I have to the weird, introspective musical genre called vaporwave. Something of a pop-cultural joke at times, vaporwave is like the opposite of the retro electronica revival that I dearly love, not dwelling on cyberpunk and grinding industrial synths and found sounds but making something truly odd and ethereal with synthesisers. Listening to This by Hong Kong Express gives a sense of what vaporwave is. I wanted to see if I could get that sometimes familiar, sometimes uncanny sound across in a piece of written description, and so decided the best subject for such a tone would be something inhuman, inscrutable and distant.

END_OF_DOCUMENT_TOKEN_TO_BE_REPLACED 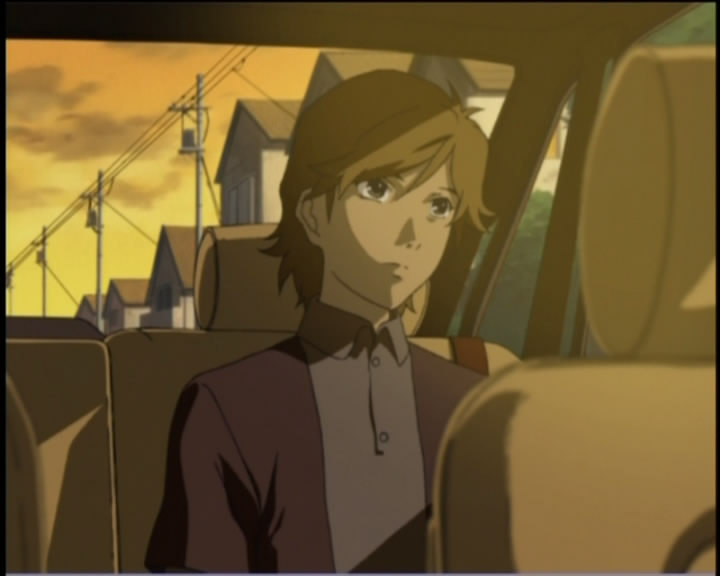 Episode 17 of Rahxephon is a fruitless, frustrating buildup to a moment of horrible catharsis divided into two parts that lay plain between them the mysteries of the series. These are mysteries that the viewer knows, or has worked out by inference, but which not all of the characters know to the same extent – and the ways in which they learn these things, in the worst ways at the worst times, set up a grim future for Ayato. The revelations in the episode are not really revelations to the viewer but instead to Ayato, and mark the point where he finally gets what he wants.

END_OF_DOCUMENT_TOKEN_TO_BE_REPLACED

Episode 12 of Rahxephon forms a visual mirror to episode 11, beginning with a scene that picks up the pervasive clinical imagery of TERRA supervising Ayato during his disappearance; this time, Quan is apparently dying. The subsequent scene, as she is observed, provides the viewer with private information – she is an “M-Type”, and of great importance. That she is not human, or at the least partially related to the Mu, has been made clear in scenes such as that within the temple previously – what this scene does is reveal that it is no secret to the Federation, and Kisaragi’s suspicious assistant. They play on the idea of surveillance, implying that they have been having sex in the observation room and wondering if Quan was actually watching them. Intimacy has previously been quite distant in Rahxephon and this scene picks up again on the dream-world of episode 11; there, faux-intimacy created a sense of the uncanny as characters usually frosty became incredibly affectionate. Here, the suspicious nature is presented openly; Sayako is told that the Federation are “honest” in their desire to help an unknown “him” yet they remain cagey about what exactly that are doing, or who it will benefit. Making any implications from this is hard; the characters by now have fingers in so many pies that about the only certainty is it is unlikely to be Ayato, who still has no real agency.

END_OF_DOCUMENT_TOKEN_TO_BE_REPLACED

A screenshot from the episode of Macross 7 “Fleet of the Strongest Women” – in a sequence parodying the ending of SDF Macross, the sound of pop music sends the militant Zentradi into a frenzy.

I’ve written a few articles now on various entries in the Macross franchise and talked a lot about the militarism of it, and the fame-fantasies that define its B-plots about singers. However, I’ve not written very much about the music that defines the franchise both as plot point and merchandising opportunity. A piece of fiction about singers must have them perform at some point, and Macross has built up a significant cross-media discography with “comeback albums,” “B-sides” and so on all built around its fictitious pop stars. A lot of this is highly enjoyable pop music in its own right, with real artists doing well out of these personae.

Note: This article will discuss in some detail the storylines of various franchise entries.

However, what’s interesting is how what is ultimately the epitome of diegetic music is used in relation to on-screen action, and how the two strands of the franchise – singing and action – interact in different entries. The article will essentially be three distinct sections highlighting the main full-length TV entries of the franchise (SDF Macross, Macross 7 and Macross Frontier), and discussing how the central elements of a Macross series interact within them.