In the grand scheme of things, F-Zero Falcon Densetsu is everything that can be conceptually wrong with an action anime – it is a needless dump of lore in adapting a game that really doesn’t need any (a racing game), it is a sports-action series that shamelessly finds excuses to make the action revolve around sports, and it is often quite ugly because of the sheer amount of flat-textured and obtrusive CGI that it relies on for action scenes. It is wholly forgettable and probably mostly forgotten (save for the existence of a Gameboy Advance game that uses its story), and yet I find myself wanting to recommend it. 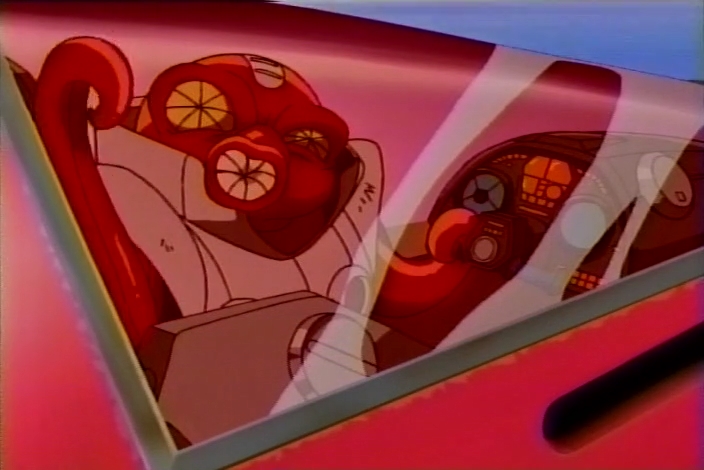 There is a real earnest enthusiasm to how far Falcon Densetsu is going to go to make a racing game mostly memorable for looking very nice for the time on whatever console it is on into a big flashy action series; it takes its silly premise and runs with it wholeheartedly, and it is hard to disagree with something so unashamedly daft. A top motor racing driver from the future is involved in a car crash, cryogenically frozen, and revived in the even further future to become a secret agent working undercover as a motor racing driver to catch a crime syndicate working in the sport of motor racing – led by the escaped convict who originally caused his crash.

Everything is cars, everything is big and daft and presented with a massive cheesy grin, and so it is hard to dislike it. It is 100% the sort of theme-first, brand-first nonsense that drove so many children’s shows, which – even though I never watched that much of that vein of television as a child – crops up a lot in the sort of anime I enjoy (mostly robot shows). There’s a direct line in this show’s inspiration through Cyber Formula back to Speed Racer. 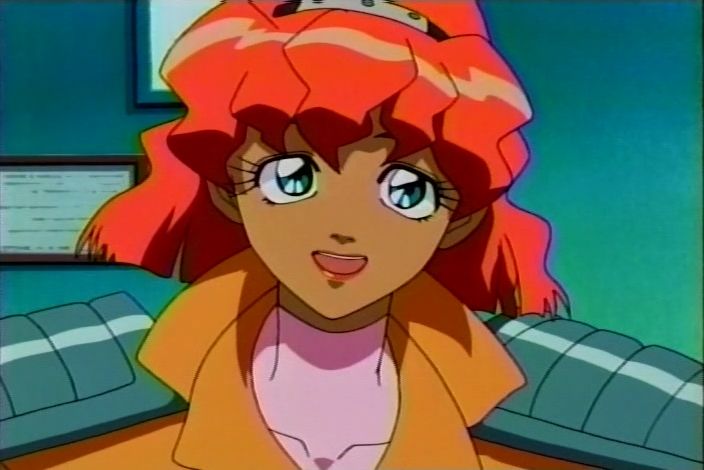 I won’t lie. I always thought, being a Nintendo kid, F-Zero X was better than Wipeout. Wipeout was all slick angles, banging dance anthems and trying to be cool and mature and the sort of game that showed games were for cool people. F-Zero X was grungy and had over-the-top rock and ridiculous characters like an octopus, a massive fat samurai and Judge Dredd in a sports car. I said above that F-Zero didn’t need a lore dump. It really doesn’t, but there’s something cool about playing a game with dozens of cars with personalised-feeling names, oddball designs and over-the-top drivers in ridiculous 80s-looking outfits.

Most of them could have walked out of Space Adventure Cobra and the rest probably from Outlaw Star. To reach further – F-Zero felt to kid me like the scrappy, seedy pod-racing from The Phantom Menace, while Wipeout was like modern motorsport but with flying cars. And, hearing the Mute City music blaring out of your TV while the N64 is putting out sweet as hell 3D racing action when the only other racing game you’ve played is Mario Kart is pretty transformative. 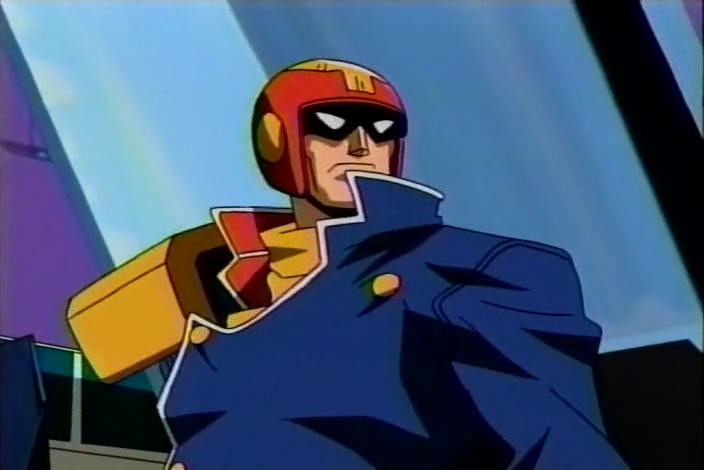 That’s probably why I’m hooked on Falcon Densetsu. It looks pretty damn ugly a lot of the time – the CGI manages to look worse than the Gamecube F-Zero game that came out in the same year, the character art is charitably described as second-rate Masami Obari (think Gowkaiser), but there’s a hell of a lot of heart to it and while it isn’t beautiful, it’s colourful and full of larger-than-life characters. The hero team is a ridiculously spiky haired lothario, a fat android with a handlebar moustache, a nervous scientist, Dr Octopus, a space marine lady with Machine Robo-esque power armour and the generic-looking hero. Together they fight the villainous Zoda, who turned over the course of the timeskip from a black-and-white clad stereotypical convict mobster to some kind of lizard cyborg with superfluous hoses sticking out of his head – and who teams up with actual lizardmen and a giant octopus who drives a sports car, along with a ready supply of Mad Max-esque road warriors.

By fight they race cars, mostly, and shoot wildly inaccurate missiles and lasers in harmless gunfights that put civilians, mostly cute girls, in mild peril that can mostly be solved by driving fast and recklessly. The chief (best described as a Gamilon Dr Wily) shouts at people when they mess up. The spiky haired lad gets into scrapes involving femmes fatale. Nothing here is new, inventive or even necessarily particularly adeptly done, but I still enjoy it.

Should you watch Falcon Densetsu? There are a lot better anime out there. It’s inessential even within the largely inessential genre of toyetic sci-fi action shows, it’s inessential even within the even more inessential genre of video game adaptations in anime form (it’s probably better than something like the Demonbane anime or Muv-Luv Total Eclipse, but not as good as Persona 4 The Animation or Steins;Gate). But it’s a curiosity – like the Salamander OVA. And I, personally, am all about strange, overlooked, not very good curiosities of anime – especially when they’re made with enthusiasm and earnestness (even if here it’s an earnestness to make your adaptation of a Gamecube game look like a PS1 prerendered cutscene, and your early-2000s anime look like a forgettably mid-1990s series with some 1980s fashion). 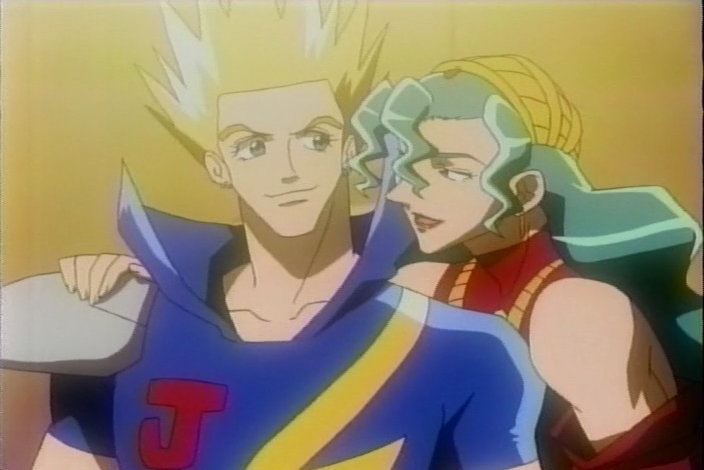 If you’re quite happy to watch formulaic adventure series, thought Initial D‘s CGI was too high-quality, quite liked Cyber Formula but thought instead of a generic kid lead it needed a generic sci-fi action hero and some massive hair, and really like hearing the Mute City theme, give Falcon Densetsu a go. Or just watch Redline again, it’s probably better.