Special Rescue Police Winspector (1990) is a series that regularly has me overreacting to its stupidity; it is gloriously over-the-top, often nonsensical in its approach to science and science fiction, and feels at times like it has perhaps two or three stock plots that are recycled in different settings. At the same time, though, I would absolutely recommend it to people looking for an entertaining and frequently plain daft superhero series. It may be stupid and contrived, even within the standards of its genre, but it is stupid in a very sincere and heartfelt way which manages – often enough – to make the viewer feel like they are laughing with the writing not purely at it.

The premise is simple, and does not, over the first 30-or-so episodes, really evolve. The hero is a top cop who can transform into a power-armoured special agent. He has a glamorous sidekick, a hard-as-nails commissioner and two idiot robot friends who help and get things wrong when the plot needs some stupidity. A surprising number of episodes focus on the robots discovering feelings for small children, master criminals or other robots. Together they fight crime, mostly of the type that involves dodgy men in suits and sunglasses with rocket launchers. It is almost wholly episodic fare, and the end result – by design – is a lighthearted police procedural featuring robots. I would with some confidence say, even thematically down to the prominence of episodes about robots discovering their humanity through interactions with other humans, it was an inspiration for Brave Police J-Decker. There is something – if perhaps not a great deal – in common, too, with 1989 anime Mobile Police Patlabor in how it is a very ground-level look at robot related crime.

I am quite a fan of J-Decker, which I watched some time before I was aware of the Metal Hero franchise, let alone Winspector; I liked that among the Brave franchise it had the most fun and mileage with robot-human relationships, and I liked how it would quite happily have episodes with completely arbitrary or weird things happening like a giant bear. Winspector delivers on this in spades; it exists in a world that mostly looks like early-90s Japan but one in which there are robots capable of assimilating technology, rapid ageing beams, super cyborgs, wizards, commercial cryogenic freezing, psychics and bank vaults controlled by supercomputers with deadly laser turrets. That the series can have episodes featuring these truly outlandish things right next to relatively simple ones like protecting a child who has seen a crime, or saving an old lady from kidnappers (or in one case saving a dog from an explosive collar) is what I mean by its earnest, heartfelt silliness; all of these crimes, somehow, necessitate calling the super robot police to solve them and all escalate towards the natural endpoints of an episode of Winspector – a warehouse or quarry will explode, someone will fire an unfeasibly large gun a ridiculous number of times without reloading, and there will probably be a car chase. 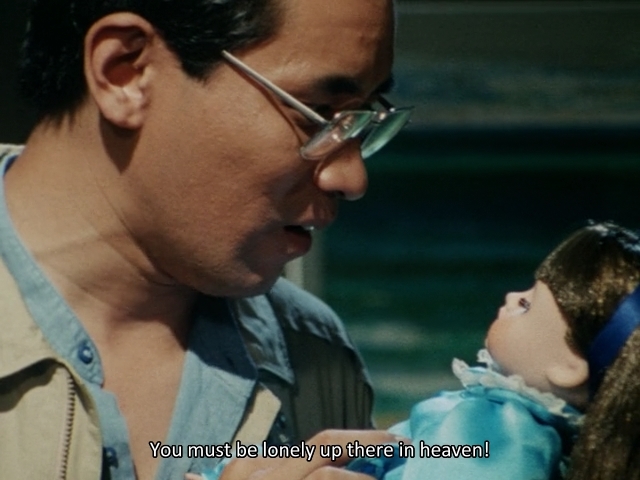 It is as formulaic in this aspect as any other tokusatsu series, and on its own the mere presence of plenty of stock explosions or some stupid episodic plots would not make it particularly interesting. But it is a series inspired by police dramas that at least tries to keep up with the police aesthetic, and so suddenly there is a sincerity to the decisions that drive everything towards a lot of explosions. The hero won’t shoot a suspect, but always arrests them. Guns are (for the heroes) for pointing at enemies threateningly, missing with, or blowing up evil science machines with. Even after Fire, the hero, gets his upgraded weapon – a combination drill/energy chaingun – he remains mostly nonlethal in his approach. Thinking on this as a family entertainment show, it is not remotely as pacifistic or anti-conflict in its approach as, say, Dr Who (which has enjoyed, often, a healthy resentment for military escalation of situations) – but nevertheless the idea of a hero whose priorities are save civilian lives and apprehend villains is probably a refreshing alternative to other tokusatsu heroes exploding their opponents every week.

And, indeed, the focus on law and order is a favourite “good message” in fiction. Fire tries to be a model policeman and is presented as top of his game, and for all their overwhelming firepower and super technology the whole Winspector team are presented (in countless episodes) as figures of the community and celebrities. They appear at old peoples’ homes, and do all manner of other friendly outreach activities, while being robots. It is an enjoyable mix of low-level, local policing with big, special operations stuff with explosions and all that. This goes a long way to make the preponderance of child-focused (or comedy senior citizen-focused) episodes work a lot better; the tone is absolutely not universe-ending, or apocalyptic a lot of the time – when the norm is a lot of fury over one small incident, the more personal approach (and by extension the human comedy) feels natural.

So there is a lot to like – an earnest effort to combine friendly neighbourhood cop drama with exciting action-movie storylines of stolen superweapons, deadly snakes and international criminal cartels. There are well-meaning attempts to run with ideas of machine-human co-existence, with killer robot episodes showing how it is often opportunistic humans who get in the way of robots being a force for good (and while the episodes involving sidekick robots getting human admirers are frequently absurd, they are no more or less absurd than J-Decker’s attempts at pairing its cast of robots off with human women). There is a hero who does the right thing – not taking some superlegal position of arbitrator, but simply being the best at his job of enforcing the law and saving lives. And, most of all, there is no shortage of action setpieces and creative uses of an obviously limited number of filming locations. If you are looking for something a bit different among Japanese superhero TV, I would definitely recommend it.